Warning: Save the Shelter and the People (II)

Yesterday, I sent out a warning ("Warning: Save the Shelter and the People") because signs had appeared of the impending displacement of homeless shelter residents analyzed in the social science literature. As I mentioned in my previous post, we have to be very careful that criticisms of the homeless shelter at the DC General Hospital site are not used to dismantle the shelter. On Wednesday, our Cities and Globalization Working Group had discussed three fascinating articles on similar displacements in very different cities. It was surprising that the authors independently found the same mechanisms and trends, but these are, in fact, global mechanisms and trends. 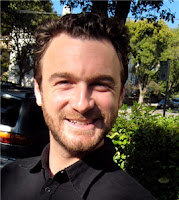 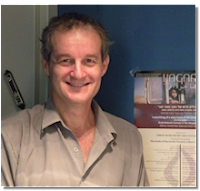 Negative images of slums, homeless shelters, public housing, and a variety of informal areas, as well as of the people living within them, can make it easy to seize land and displace people. This displacement is often done in the name of "helping" these people. In his article, D. Asher Ghertner, a geography professor at Rutgers University, examines recent court documents regarding slum areas in Delhi and finds that developers are very successful in court cases seeking to remove slums because the city accepts the developers' argument that their new projects are "world class," clean, and green. In contrast, slums -- or homeless shelters or public housing -- are presented as not only filthy, unruly, and polluted, but also as a public nuisance, an "offense to the sense of sight, smell, or hearing." Similarly, in his article, Oren Yiftachel, a geography professor at Ben-Gurion University of the Negev (Israel) studies his hometown Beer Sheva and finds that those living in slum areas (or homeless shelters or public housing) are in the "permanent temporariness" of "gray spaces" that are quietly tolerated but also viewed as "'contamination,' 'criminality,' and 'public danger' to the desired 'order of things.'" According to Ghertner, developers make their claims in court by showing  photographs of the slums, which are then contrasted with the plans of the new developments. Private groups -- developers and nearby homeowners -- can have these slums and the people living in them declared a public nuisance and displaced to other gray spaces. Ghertner argues that cities are now being managed by this world-class aesthetic, "an idealized vision of the world-class city gleaned from refracted images and circulating models of other world-class cities," which can be used to take away shelter and resources needed for survival from residents.

Berkeley urban planning professor Ananya Roy shows in her article that the view of world-class, legal, and orderly city in opposition to the unruly, illegal, filthy areas of slums and other informal areas is a lie. They are all part of the same system. First, many "world-class" developments are, in fact, rather illegal, exceptions are regularly made to the zoning and other laws, which we see often in DC. Second, many gray spaces are also ruled by exception, not providing residents there with the resources or maintenance expected by more wealthy citizens. The law is withdrawn when it is convenient, enforced when it is desirable, and then made ambiguous so that land can be seized (or zoning laws may even be completely rewritten to ease this land seizure). Yiftachel notes that this "selective non-planning" is part of urban planning and is "a form of active or negligent exclusion," which merely manages "profound societal inequalities" and does not seek to reduce or end these inequalities.

Those living in gray spaces have some, possibly dystopian, forms of hope. According to Yiftachel, these residents may enter gray spaces in hopes of they will be chosen to move to a "whitened space" and receive "correction," social upgrading, and "blessed stabilization" of their lives. Those living in the homeless shelter might wish to be chosen to have their own apartment and the stabilization that this brings. In the meantime, living in gray spaces come with considerable dangers. Residents could be severely punished, "throwing the group into financial disaster, property loss, injury or even exile." If they can avoid these dangers, gray zone residents can gain some resources, according to Roy, "through various associational forms but where these associations also require obedience, tribute, contribution and can thus be a 'claustrophobic game.'" So, these hopes are not that utopian.

The global world-class city trend presents those living in gray spaces worldwide -- homeless shelters, slums, public housing, and likely all areas inhabited by the poor -- as in need of cleaning, correction, and "whitening," when, in fact, this means displacing them and possibly putting them in grave danger. How can DC instead provide every resident the "right to the city"?

Posted by Johanna Bockman at 4:30 PM No comments:

Warning: Save the Shelter and the People

The Post has been running many great articles calling attention to the poor conditions of  Ward 6's family homeless shelter. I want to emphasize: We have to be very careful that these criticisms are not used to dismantle the shelter. Many groups allied with the city's "growth machine" -- groups interested in economic growth over the needs of a wide variety residents --would like to displace these residents and redevelop the land, greatly profiting themselves and disregarding the life-saving "use value" that the shelter has for its homeless residents. Developers might advertise their humanitarian intentions by saying that people should not live this way and stating that they will find homes for these people, but this never happens or happens for only a small handful of people.

The Post articles call on us to help our neighbors. In the Post, Annie Gowen reports that the District’s shelter for homeless families at DC General Hospital is now housing "372 adults and nearly 600 children living in small, converted rooms, enough kids to populate an elementary school." Thankfully, the city has a legal requirement to help the homeless: "The city, by law, must house residents when the temperature drops below freezing and has to use hotels when regular shelters are full." Petula Dvorak introduces us to many of our neighbors at the family shelter. For example,


there’s Kevin Cruz, 29, who has been at D.C. General with his wife and baby since Thanksgiving. They’ve been homeless since July, when McDonald’s cut Cruz’s hours until he couldn’t afford his apartment and his wife’s part-time work at Wal-Mart didn’t provide benefits when she had their child.

She asks us to contact our Council members to demand help for "these 600 young souls," who are "precious" "assets." Courtland Milloy asks, "Where's the outrage over 600 homeless children?"

We should be very careful that these criticisms are not used to dismantle the shelter. The shelter is absolutely necessary. It is also very important that the shelter is close to the Metro, which allows residents to get to work, school, and social services. Moving these residents would make their lives even worse, unless they were being moved to their own apartments or houses, which is not happening anytime soon or might happen soon for only very very few people. Developers and residents around the DC General Hospital site are very interested in the redevelopment of that site and the broader Reservation 13. So, build affordable housing all over the city that is truly affordable for those working at minimum-wage jobs or those out of work AND improve the shelter. Our neighbors need all the help we can mobilize.


Posted by Johanna Bockman at 9:53 PM No comments:

The Washington Post and the Washington City Paper have recently had many articles about the buying up of local businesses by corporations. I call this the "corporatization" of local businesses. Since the 1970s, for a variety of reasons, businesses have become increasingly concentrated in large corporations. This global consolidation has created very large corporations in finance (banks too big to fail), IT, retailers like Wal-Mart and Target, and even beer production. These large corporations seek to gain control of local markets, so they are investing in local businesses in a wide range of "global cities" like DC. What is wrong with this corporatization? Here I look at some of the recent newspaper articles and the concerns they voice:
Any other concerns? Corporations may take its profits out of the locality to a far-away headquarters and to their shareholders? Corporations may avoid risks and creativity, privileging proven profit makers or stability? Others?

What wrong with chains?

I was walking with friends down Barracks Row, a retail district located on 8th St SE near Eastern Market Metro station. One said that he wished there was more than just restaurants on Barracks Row. Another agreed and said that the area had become "formulaic." There has been a good deal of discussion of these new restaurants and bars, which, in some bizarre way, look all the same. For example, see the Washington City Paper article on the new Hawk and Dove. In a previous post, I argued that the old Hawk and Dove was a cross-class institution. Such cross-class institutions are difficult to create because they must be affordable and open/comfortable to a broad range of people. What is lost when such cross-class and lower-revenue businesses close? How might we try to avoid commercial gentrification, which displaces lower-revenue businesses catering to a wide-range of income levels with higher-revenue businesses that have this surprising standardization?

As I discussed in my "Washington DC as Global City" post, places like Barracks Row seek to draw the "creative classes," who demand "unique," "authentic," "local" experiences. So, they would not desire a dinner at a McDonalds, Chili's, or other national-chain restaurants. On Barracks Row, there is a ban on new fast food restaurants, though national-chain fast-food restaurants have a customer base there, since local chains and local owners are not providing affordable food like Popeye's $3.49 chicken sandwich or Boli's $5 jumbo slice/drink. Contrast this with, for example, Matchbox's $12 chicken sandwich or Ted's Bulletin's $10.29 hamburger. The ban on new fast food restaurants on Barracks Row allows businesses to create a space oriented towards the higher-income creative class, which translates into higher rents, higher prices, and, for the city, more tax revenue. However, this does not mean that chains are gone. We shouldn't divide the world into either 1) national chains or 2) local, unique restaurants because the restaurant industry has figured out how to combine both of these, as we can see on and around Baracks Row:
My point here is not to criticize chains and label everything a chain. These restaurant groups can be very good for employees because chefs, waiters, and other staff can get training, move between restaurants and improve their work situations, and use these experiences for later career mobility. In addition, the corporate turn toward unique restaurants reflects a recognition that people have criticized overt commercialism and do not want to live amongst huge billboards and Golden Arches in their neighborhood.

We thus have a new commercialism that fuses chains, corporations, and a certain narrow interpretation of "authenticity." In the desire to compete globally and draw in the creative classes, does the city paradoxically create a new kind of homogeneous landscape? Are these landscapes of boutiques created because they are all catering to the same customers -- the creative classes -- and not to the broader population? The perception of restaurants as either national chains or local, unique restaurants also obscures the fact that the only affordable restaurants in many places are national fast-food chains. Can we have locally-owned affordable restaurants? Or will both national chains and upscale "chains" be the only businesses that can afford the constantly increasing rents?